Defeat of the Teutonic Knights – Poland

About 6000 reenactors, 2200 knights, near 200 thousands of spectators appeared at the 600th anniversary of that greatest medieval battle in Europe, on July 17, 2010 On July 18 2009 about 1400 knights and 100 thousands spectators arrived to the battle field. Armies had been fighting for real – no pretending, but not to the death of course.
It’s not easy to find the best (or sometimes any) place to take photos or even watch. Every photographer would like to have closeups, wide panaoramic shots, different angles and proper sunlight. But with that thousands of people around You have to find ‘any best’ place You can and sit there. 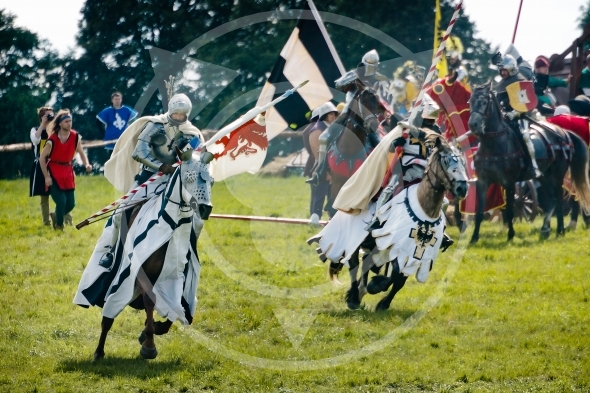 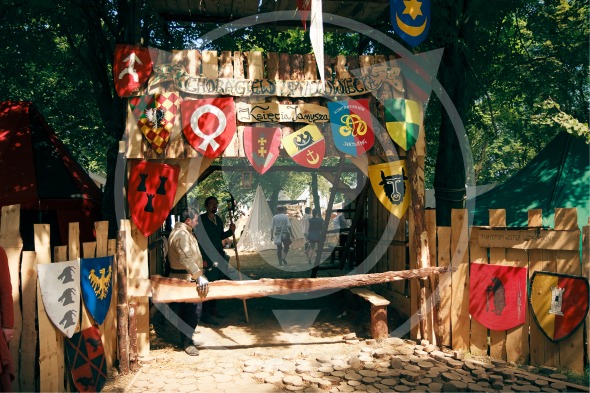 © All Photos by PLRANG – All Rights Reserved

Video – the Battle of Grunwald begins

Viewers have to sit on the ground, otherways it would be almost impossible to see anything. That was on 2009, because the 600th anniversary in 2010 gathered so many people…that show managers just failed.. Reenactors did their 100% amazing job. Everything was perfectly prepared: the whole medieval encampment, armours, coordinated costumes, tents, food and horses.

Exacting historical compliance is required, otherwise a member or a whole group couldn’t join the event. And that is the best attraction, because walking around the camp, you will feel like back in time and that is why I strongly recommend to watch such kind of celebrations live.

No need to go to Poland, just look around your neighbourhood, watch internet, papers, find some event and go there. Don’t think just go. Pack your photo gear, water, food… yes, you want the best place to shoot pictures or watch? You need to be prepared.

Get all maps, guides, GPS devices or anything you could help, but at the same time keep it all lightweight. And who knows, maybe you’ll find it as astonishing and stunning, that you join the reenactors or just stay aside and keep shooting…

Imagine that full armors, hours of preparations, days of living in a real camp (they were living there as in medieval times about a week) and many, many more arduousness. But they did it, for our and their pleasure. Spectators waiting in that terrible heat had their hard time too, those fields probably saw 200 000 people for the first time.

Anyways we plan to get to the 2011 event, we will prepare us even better than last time. For Grunwald event there is a need to book hotels or private cheap accommodation MUCH EARLIER. It’s a plain field and the tourist base is pretty low. Tent camps are available if You like to sleep near to the military camp.

For high quality photos You’ll need a long and fast lens and a fast wide lens. For snapshots any compact camera, but zoom over 150/200mm would be nice.. You can be sure there will be a HUGE traffic that days and/or water problems. Food and drinks are available near the field but it’s always good to have some backup water pack.

We used to left our car few kilometers from the Battle Field and travel by the bicycles. Soon I’ll post an article with photos, videos, more information and links to related articles about 2010 event. Watch my regular blog or Twitter if You want to know what’s going on with new shows.

Medieval Armor – At the event only a real, true weapon is allowed

Reenactors fortunately have today many places to get whole equipment

July 2010 – They were tired already before even the show got started, but did a great job

You could even participate in coinage process

The warm-up before a massive battle next day

It is in Polish, but it doesn’t really matter, enjoy!